Back To Overview
Jetboard
CURF e-jetboard made in Germany 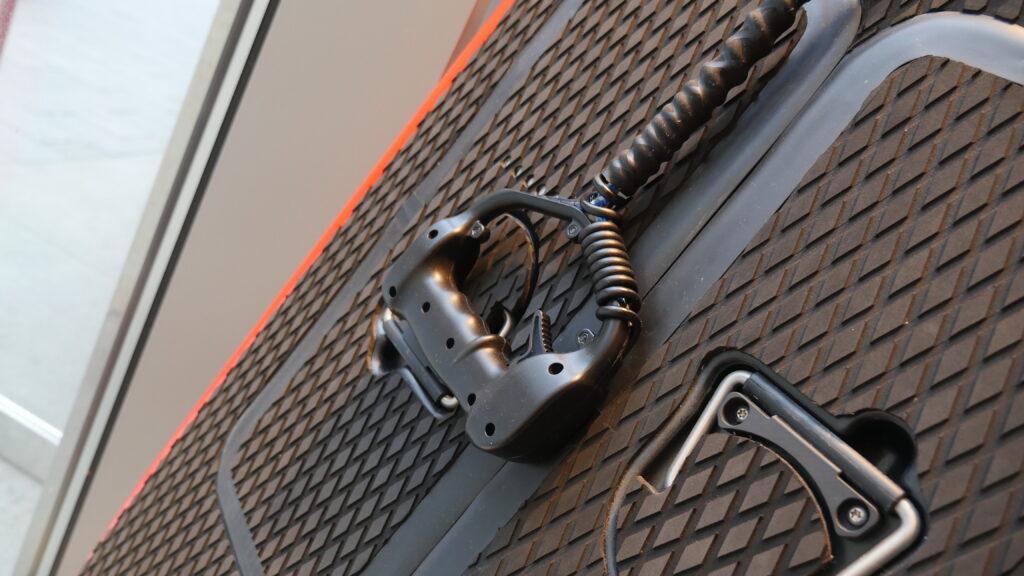 Not directly at the show floor at boot 2018, but off-site in a small pop-up office the CURF e-jetboard was introduced.

We had a chance to meet the crew and had a first look at 2 prototypes.

The CURF e-jetboard is not using a remote control, instead it is controlled with the handle which is connected to the nose of the electric surfboard.

Please note that all specs are based on the CURF website, but we will try to do a real review with a test board as soon as possible.

The powerful engine can also tow a waterski, wakeboard or hydrofoil as you can see on the videos at the CURF website.

CURF Technology GMBH developed a patent pending plug- & play replaceable battery system, which is supposed to make it very easy to exchange the batteries to extend the riding time.

One big battery set shall be good for 40 minutes and charges in 2 hours. The small battery set charges in one hour and is good for 20 minutes. A fast charger will be available at a later time

The CURF e-jetboard is 192 cm long, 73 cm wide, 26 cm high and has a weight of 66 lbs or 30 kg without batteries. The small battery is 13 kg and the big battery 18 kg according to the distributor website.

The CURF website was claiming some minor different specs, but this is due to the fact that the boards are still prototypes as confirmed in our meeting in Düsseldorf.

CURF Technology GmbH is based in Hamburg, Germany and part of the crew is Benjamin Köhnsen, who was the former CEO and founder of the old Lampuga. The CURF e-jetboard is not sold directly to consumers, but CURF listed their distributors on their new website: curf.surf

Check out the availability in our electric surfboard shop: CURF electric jetboard 2018 for sale

The Distributor e-Fun Europe S.L. (e-fun-europe.com) from Krefeld is also running a test center at a cable ski lake close to Krefeld.