Back To Overview
E-Jetski
Jetski electric drive from Austria 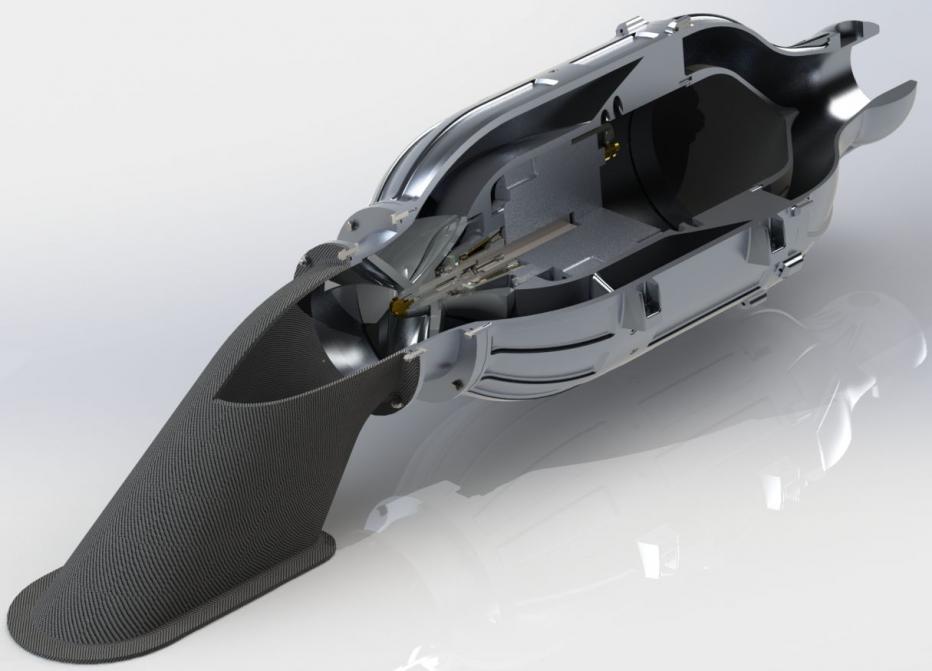 The company Stromkind developed a Jetski electric drive to cope with the noise and exhaust fumes of personal watercraft.

Noise and exhaust fumes mean that personal watercraft are being banned from more and more waters. A Jetski electric drive from a startup in Vienna aims to change this. Stromkind founder Andreas Desch and his team are working with jet ski manufacturers like Belassi to make it happen. It turns out that you can't just convert existing gasoline-powered drives to electric, because they're not effective enough.

A special electric jet ski drive had to be developed. For this purpose, a new pump system and a new propeller were designed. The goal was to increase the efficiency from 20 percent for gasoline engines to up to 70 percent for electric engines. This drive was to be marketed under the name Podilabs and to make it easier for manufacturers to offer electric jet skis.

But according to the founders, this would only be the beginning. Because such an electric drive could also be used for boats and larger ships, which would increase the market potential many times over. The first prototype was to be presented in early 2017. Supported by local funding programs, it turned out that the funding, amounting to a six-figure figure, would not last long. One prototype alone gobbled up costs of around EUR 50,000.

So they set out to find more investors. Unfortunately, this was not crowned with success and so this Jetski electric drive did not make it to the market in the end. The hurdles were simply too high and in 2017 the battery technology was not yet ready. The company websites at podilabs.com and stromkind.at are no longer up to date or even switched off.

There is no doubt that there is interest in an exhaust-free and quiet engine for personal watercraft. Hence the many attempts by various startups around the world to find a solution here. However, we will have to wait a little longer for such solutions to become reality. It is one thing to develop a prototype, but a reliable series product requires a long and expensive investment.