Back To Overview
eFoil
Jetboard
Summer is here, but who can ship electric surfboards & hydrofoils? 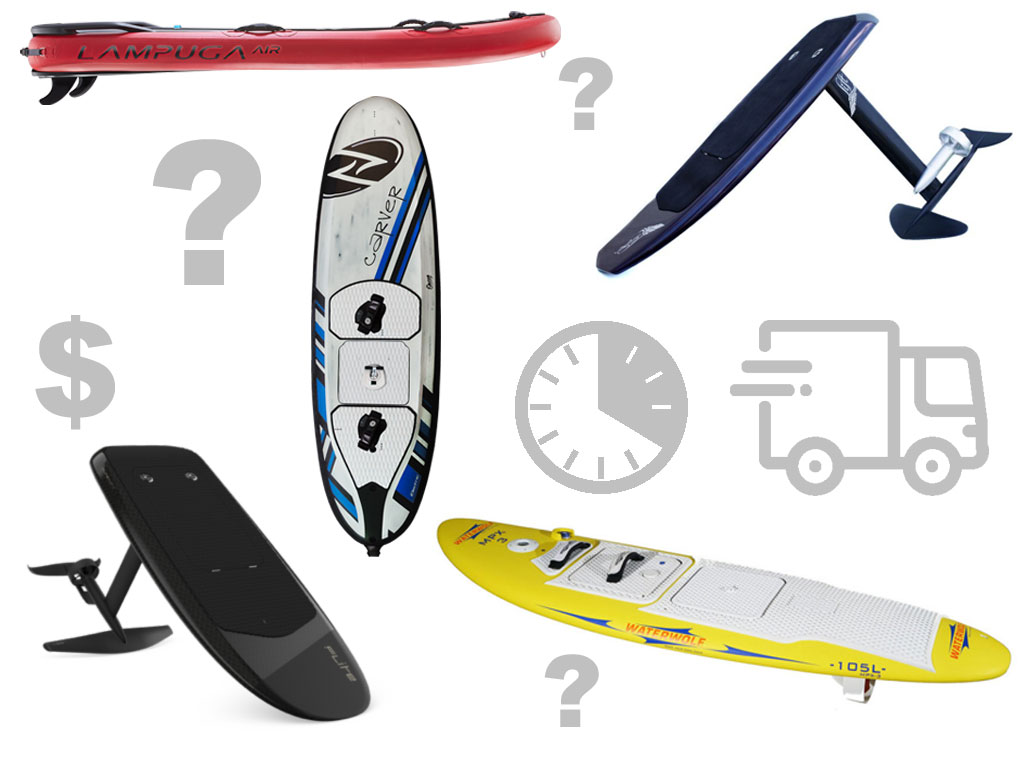 Summer is here (at least in the Northern Hemisphere), so we reached out to the manufacturers of electric surfboards & hydrofoils to get an update about who is shipping. We asked about the current delivery times as well as how much boards they can produce a month.

In January 2018 we thought 2018 would be the year where finally a choice of electric surfboards would be available. In summer 2018 it was proven that due to delays of many manufacturers it didn't happen. Last year only Onean, Lift Foils, Mertek and Loawai (formerly CURF) were able to ship meaningful volumes. In January 2019 (at the boot trade-show) we thought 2019 will be the year. Let's do a reality check.

That's sounds a lot, but if you want to buy one you may currently hear a lot "pre-order only". What does this mean?

NOTE: We expect a lot of updates and feedback over the next weeks and months and created the topic "Actual delivery times of electric surfboards and hydrofoils" in our forum. we encourage all manufacturers to share their updates in the forum.

Who can ship today?

We had most meaningful manufacturers on the phone over the past 2 weeks and this is what we found out:

So it looks like about 10 boards are kind of shipping. Remember - this is information directly from the manufacturer and needs to be proven. We saw so many delays that it is likely that some of these dates are shifting. I personally have only seen Onean, Lift Foils and Mertek shipping in large volumes.

By the way, when you read "small volumes" this usually means that they only ship to selected beta users in order to gather feedback from early adopters, so that they can improve smaller bugs. This is a common process which more or less every manufacturer does.

How about all the other electric surfboards & hydrofoils?

It is one thing to show a fully working prototype, but a complete different story to sell a reliable motorised surfboard in mass production. Every manufacturer confirmed that and all of them faced delays. The last think you want to do is too ship a product which fails at the customer. This will become very expensive and could let the company die as we have seen already with some companies.

So is 2019 the year of electric surfboards & hydrofoils?

Well, it is certainly better than 2018 and 2017, but most manufacturers are still not ready. We are still early in this new sport and the components are still very expensive. You can see how low the volumes are which are produced on a monthly base. The high price attracts currently only early adopters who have the budget.

Basically every manufacturer is facing delays and takes longer as expected. David Trewern mentioned in our last article:

"We have ended up spending four times our initial research and development budget. The extra effort has been well worth it."

So if you see new announcements for a much less expensive price you should be careful. Many of the founders of the top brands here are very smart guys with plenty of experience and are very well funded. If it takes them 3 years to produce a mass production board and they prefer only the best (and expensive) components then I guess this has a reason.

Will the boards become cheaper? I would think so, but I am not sure this will happen 2019. Probably not.