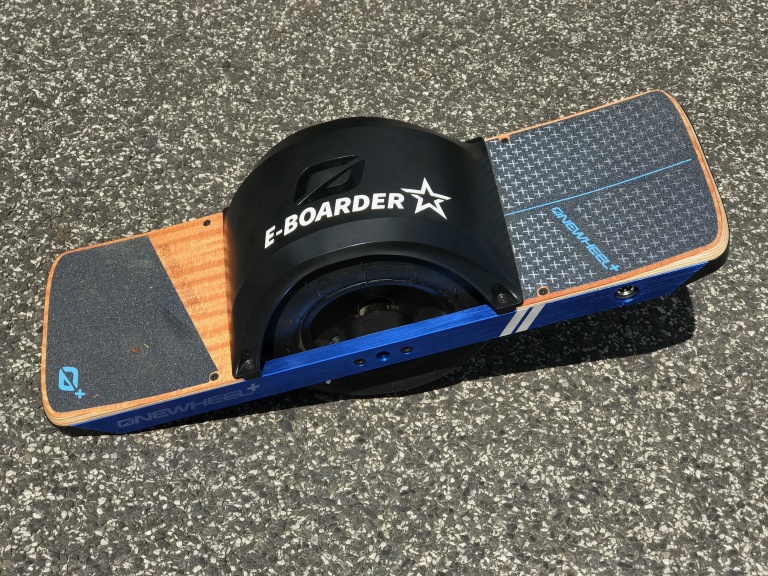 Our Electric Skateboard Onewheel+ finally arrived. Ordered on March 8th 2017 with an estimated delivery date of end of April, the date was postponed again and again.

One June 2nd the Onewheel+ was finally sent out from San Jose in California to Berlin in Germany. Unfortunately the Future Motion people underestimated the German customs.

After 5 days in German customs our new toy finally arrived on June 12th.

The Electric Skateboard Onewheel+ arrived and we started with an Unboxing Video which you can find on Youtube. While the unboxing video is in German, you will still get the point and it also shows the first ride and the ride after 20 minutes practise.

Since the Onewheel+ has no remote control, there was not much inside the box. 2 Stickers, the power supply, a short manual and of course the Onewheel+.

After the Unboxing we installed the Fender Kit, which you can also see in the video. You just need to remove 4 screws, add the Fender Kit and mount it again with 4 longer screws. The Fender will protect you again water and injuries.

Next step is to charge the Onewheel which only took 5-10 minutes as it was already pre-charged. In general the Onewheel just needs 20 minutes to be fully charged.

After checking the manual we downloaded the App, which is necessary to setup the electric skateboard.

After that we registered our board on the Future Motion website. You need to register in order to get technical support.

The App is quite intuitive and it connected right a way with the electric skateboard Onewheel+. It indicated that the board is 100% charged and we where ready for the first ride.

Even after 8 years experience with electric skateboards we wanted to be careful and were fully protected with full face helmet, pads for knees and bows as well as wrist guards. And we started on the gras to make a potential impact softer.

Just 1 hour after the Onewheel+ arrived we did our first ride. The gras was very uneven, which made it not easy, but we had no single crash and after 20 minutes practise we could ride quite well including turns on a small street. Check the video.

Battery was down to 33% after 45 minutes practising.

After work we wanted to test the lights of the Onewheel+ and went out for another night ride. It is amazing that the lights change color from white to red and the other way around depending on in which direction your are riding.

All in all a great first day with our new toy. For more information please check the Onewheel website at: www.onewhweel.com 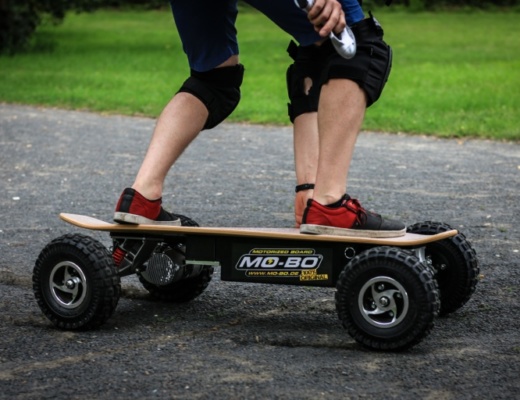 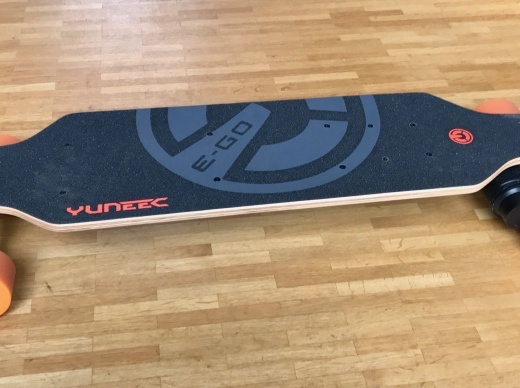 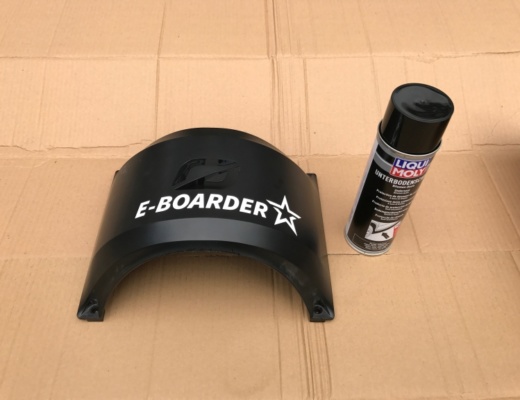 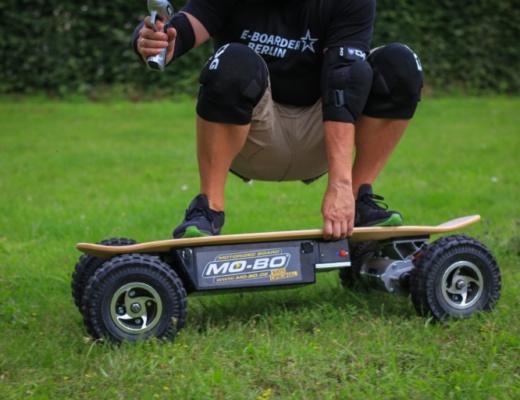 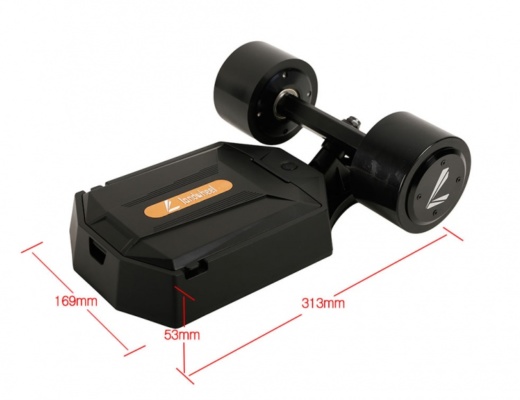 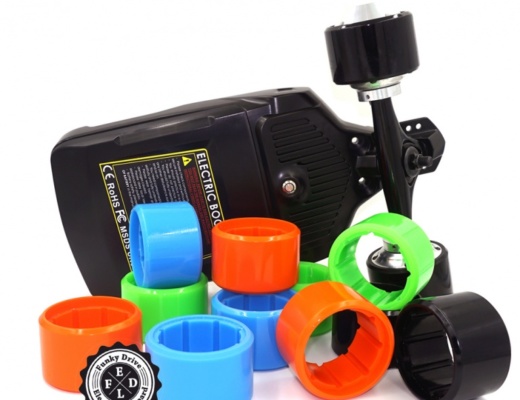