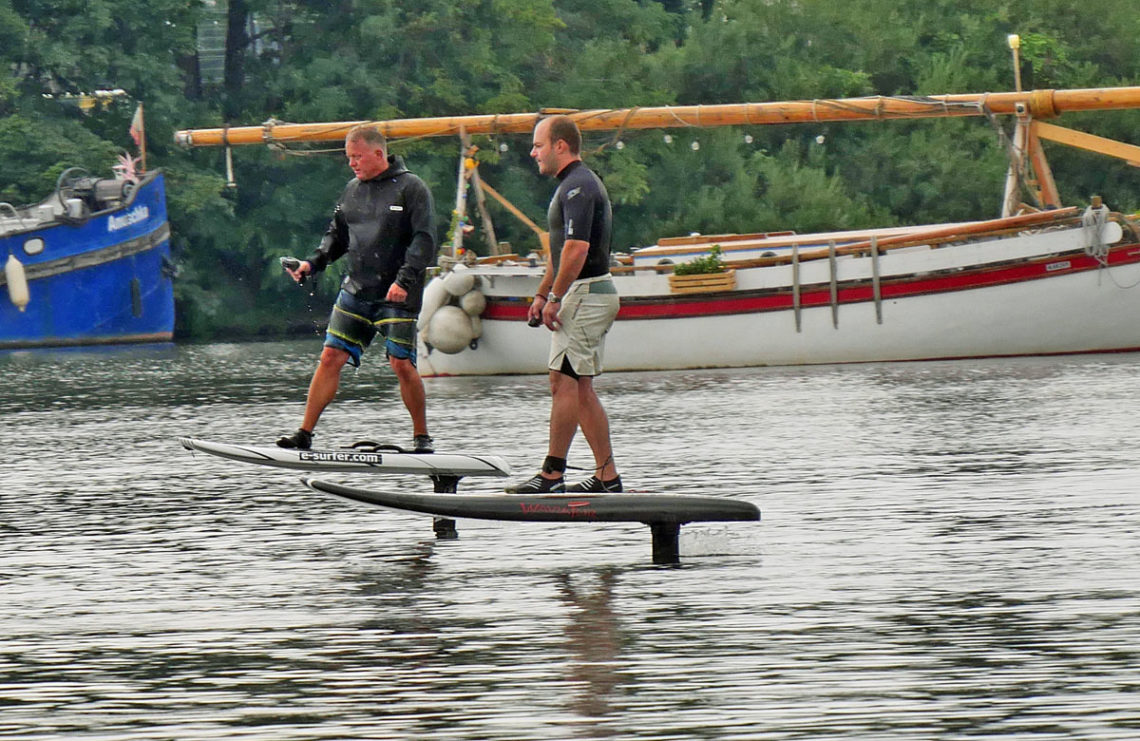 CEO & Founder Bastian Raithel was visiting us with his Waviator electric hydrofoil to compare it with Lift Foils eFoil. It was a rainy day here in Berlin but we brought both e-foils to the lake and compared the boards, wings, remotes and of course how they ride.

Such a big board makes it much easier to learn foiling as you can stand on the board while it is moving at very low speeds. On the other hand the Lift board gives higher speeds and more aggressive turns.

The Waviator remote control is smaller and does not have a pistol trigger like most of the other electric hydrofoils and electric surfboards have. It is using an UP and a DOWN button to control the speeds. This makes it again easier for beginners as you don’t need to worry about the trigger while standing up. On the other had it gives you less control for more radical manoeuvres or in rougher conditions such like windy days or in the waves. The remote follows the same philosophy like the “virtual gears” from Fliteboard or the “governor mode” from Lift. BTW, our eFoil is already running the efoil 1.5 software update, which has now 4 speed settings.

So which is the better board? Well, that’s not a fair question as these are very different different boards at very different price points. The Waviator is selling for € 6.990 including 19% German VAT ( this is the brand new price – the Waviator website is still referring to € 9.899,) while the Lift Foils eFoil is selling for 12.675 EUR including German VAT. Now depending on where you are you need to consider shipping (which is quite expensive due to the batteries), import taxes and duties which bring the eFoil to about 14,500 EUR in total for a delivery to Germany. So if you are based in Germany the price of the Waviator would be half as Waviator is based in Germany.

Waviator just started shipping to the first users and can be ordered at: waviator.de More information  about the Lift Foils eFoil at: electric-hydrofoil.com

Liftfoils
Previous Post eFoil 1.5 - Lift Foils is launching new models with many updates Next Post What happens when you give an Electric Foil to a Pro Kitesurfer 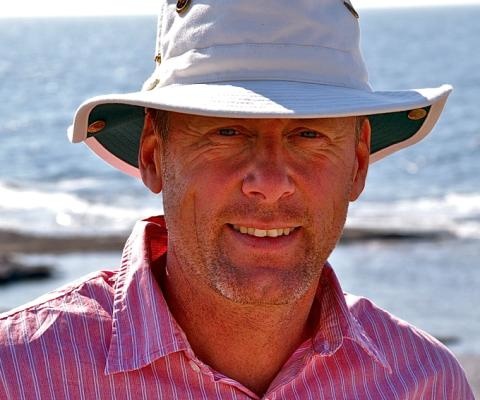 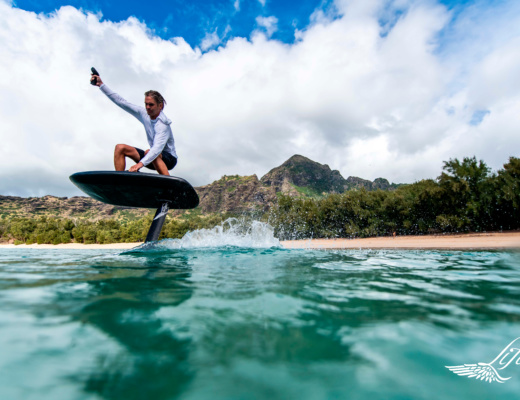 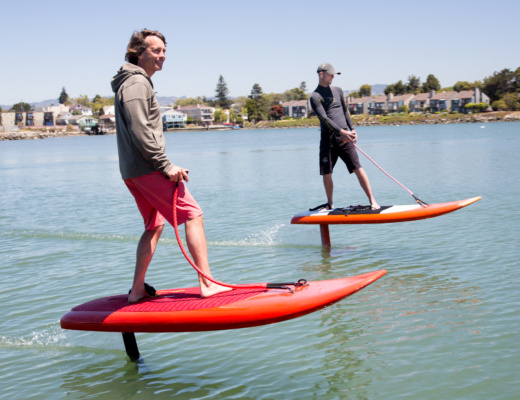 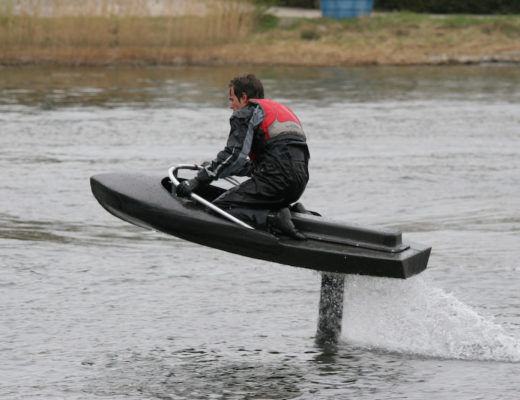 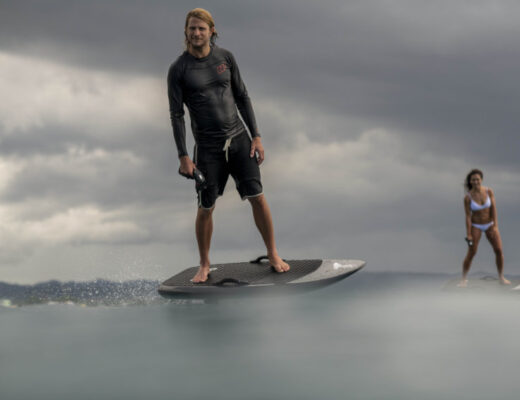 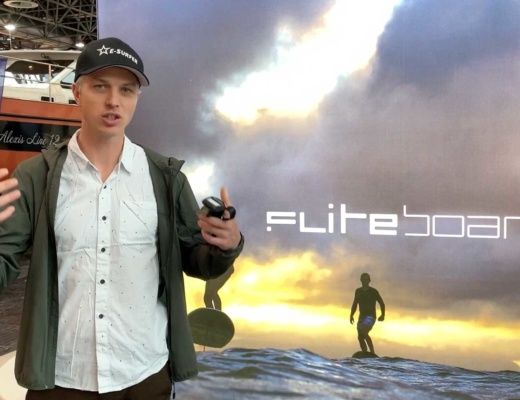