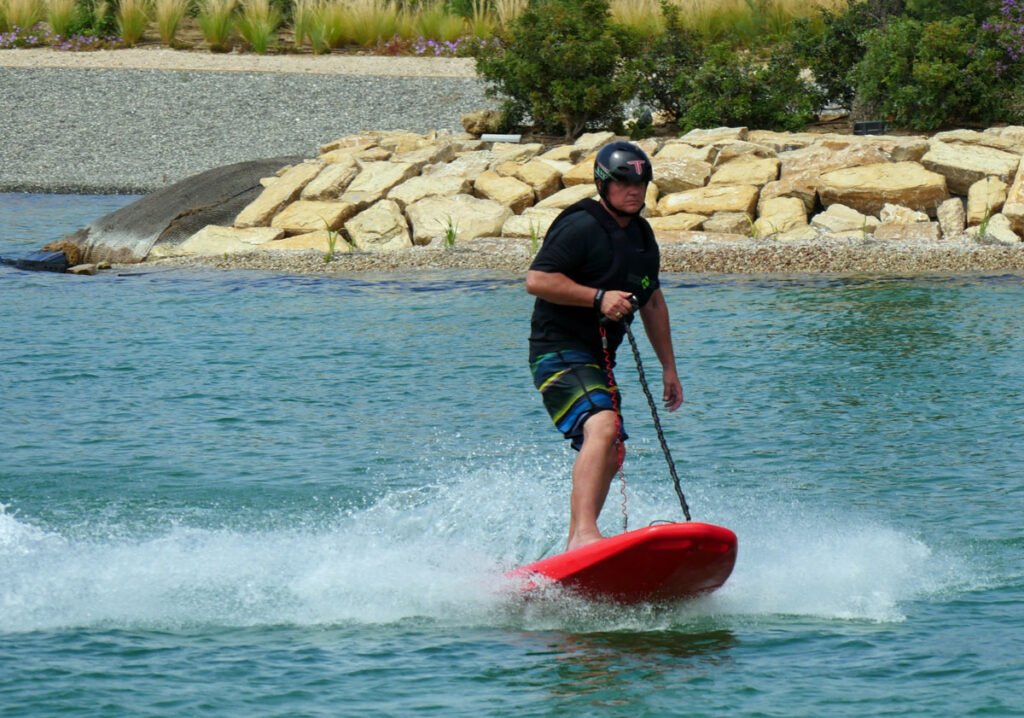 If you are interested in an electric jetboard and want to test it before you buy a board you should travel to Sotogrande in the South of Spain and visit Wayne from Jetboard Limited.
Wayne is offering a variety of jetboards and has 2 rental locations in Sotogrande.

I visited Wayne the second time at his Spanish electric jetboard headquarter and brought this year my entire family with me. All 4 of us tested multiple electric surfboards.

My 9 and 10 years old sons were rocking the Mertek surfboards in the La Reserva resort which is one of Wayne’s spots in Sotogrande. On top of this location he has a shop in the Marina and another support centre, where he is repairing boards and gives trainings for his affiliate shop owners all around the world.

My wife did also enjoy the Mertek electric surfboard and did hang out on the Torque iSUP Electric SUP from Australia. The Torque iSUP is not for fast speeds, but for having a relaxed time on the water.

I myself was looking for more power and did ride the B200 from Jetwake, which is a Korean brand. The board is very short and feels almost like a wakeboard. It had enough power to get my 92 kg to planning, but it needs a software update as it has some drop outs. This should be resolved soon as Wayne is working directly with the manufacturer.

The second board I tried was the LOAWAI jetboard formerly known as CURF. The LOAWAI e-jetboard has so much power that it was officially not allowed to ride it on the small lake in the resort with rocks all around the lake. I kept it easy and was allowed to ride it thanks to Wayne with helmet and protection vest. The board is great, but you definitely need more place to ride it. This is why Wayne has a second spot at the beach of the Medeterian sea.

But Wayne has much more boards to offer for test rides and for sale. This includes:

This is a pretty long list of electric surfboards and electric hydrofoils and can keep you busy for a few days. Wayne is also offering test rides and sales for eScooters, electric quads for kids and the Onewheel.

With so many electric vehicles, Wayne has to deal with quite a lot high energy lithium ion batteries. He worked with Onean to get some special racks to ensure safe charging and storage.

You can reach the electric jetboard test centre in Sotogrande easily by plane through the Malaga airport. From there ist is a 45 minute ride by car. From the UK you can also fly to Gibraltar airport which is even closer.

If you want to test a large variety of boards, Jetboard Limited in Sotogrande is the place to go.
More pictures from Sotogrande at forum.e-surfer.com/t/jetboard-limited-test-centre-sotogrande
TRY BEFORE YOU BUY
If you are not sure which board you should buy, visit our test center in Berlin. Make an appointment online by filling out our contact form.
Share article