An electric SUP surfboard is not designed for high speeds, but helps you to enjoy the nature and supports you on long trips. The E-SUPs are much slower than an electric surfboard or electric hydrofoil and usually less expensive as they need less power.

Most of the boards are accelerated by a bluetooth remote control in your hand or at the end of the paddle. Complete E-SUP boards have the battery and the engine integrated into the board. Like traditional SUPs the E-SUPs are available as inflatable boards or with a hard hull.

The Electric SUPs are very easy to ride and are also suitable for families with children. Most boards have settings for even slower speeds, so that the kids can ride on their own. This happens via remote control or sometimes even via Smartphone App. Due to the slow speed there is hardly any danger for the kids.

Nevertheless, you should never let the children ride without supervision and children should always wear life jackets. 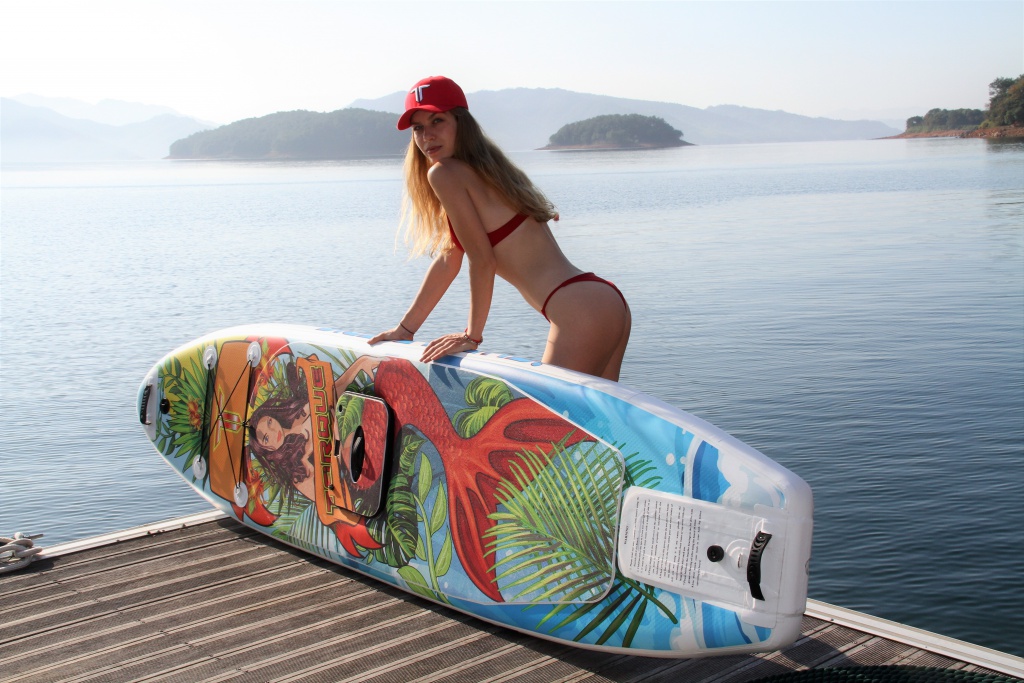 The Scubajet is designed in Austria and as the name tells was originally designed for scuba-diving. It can however also be connected to SUP boards, kayaks and dinghies. Other than most of the engines which use a propeller the Scubajet is using a jet drive.

You can compare the kits and complete boards in our E-SUP comparison.

In our forum you can ask questions about the different E-SUPs. E-SUPs are nothing for adrenalin junkies. It is for people who want to calm down and enjoy the nature. Or for families who want to enjoy the riding tother with their kids. Some boards are also designed for people who want t go fishing and cruise at low speeds from A to B. They feature stuff like seats, cooling boxes and so on.