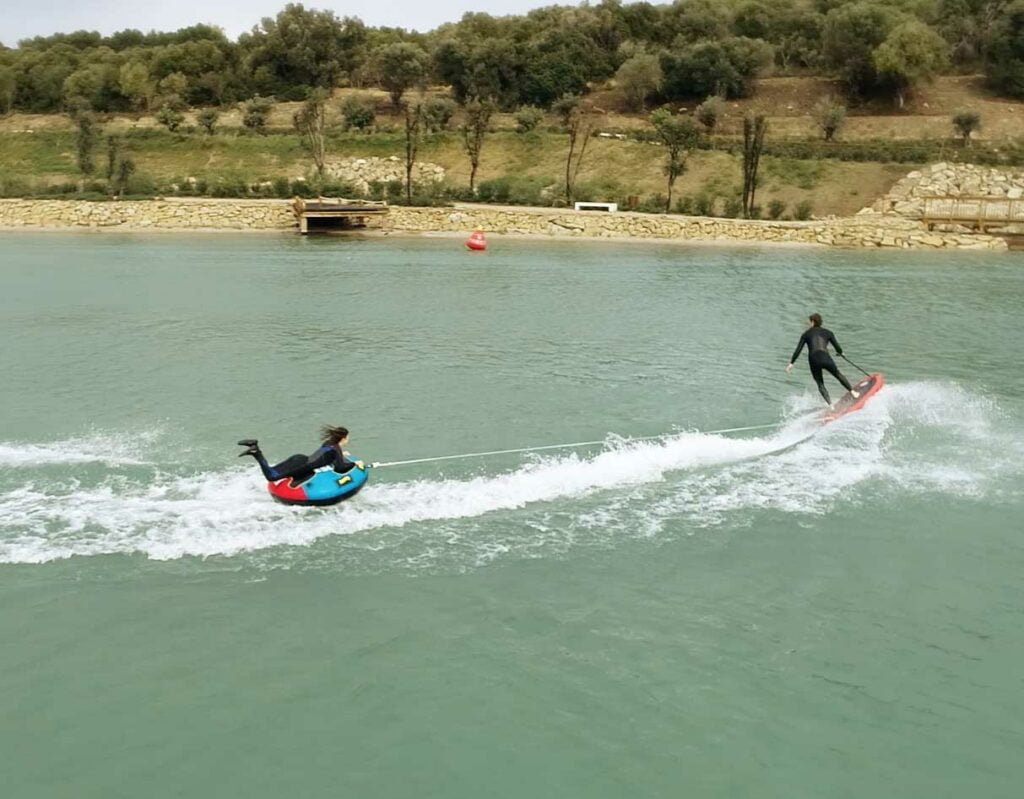 The CURF electric surfboard review is the last video review from the Allstar Jetboard Tour Team in 2018.

The team had the chance to ride the CURF jetboard in Sotogrande, Spain.

Allstar Jetboard Team can look back to an exiting year. The 2018 tour started at BOOT 2018 in Dusseldorf (Germany) where multiple prototypes were shown.

Not only the CURF jetboard was shown first time in January at boot, but also the new Lampuga boards, the Radinn GX2 and the Jetsurf Electric.

In June the Onean Carver X was reviewed in Barcelona before the team was heading out to Brno (Czech Republic) for the MotoSurf WorldCup where the Jetsurf Electric was shown first time in action.

Also Jetwake and ESURF were visiting the team in Sotogrande (Spain).

Now back to the CURF electric surfboard review.

Benjamin Köhnsen and his CURF team were visiting Wayne, Tania, Mike and Miona from the Allstar team in November for the review of their jetboard.

The CURF electric surfboard is with 70 kg probably the heaviest electric jetboard on the market. 2 batteries of 18 kg each plus the board itself.

This amount of power and the weight enables it to tow a wakeboarder or other water toys. So it s probably more a Jetski replacement as an electric surfboard.

Unfortunately the E-Surfer team was not able to join the test rides and our own test rides with the CURF team were cancelled for this year. We hope to have the opportunity to do our own CURF electric surfboard review next year. We are still concerned about the weight.