Back To Overview
eFoil
E-TAKUMA electric hydrofoil from Takuma Concept 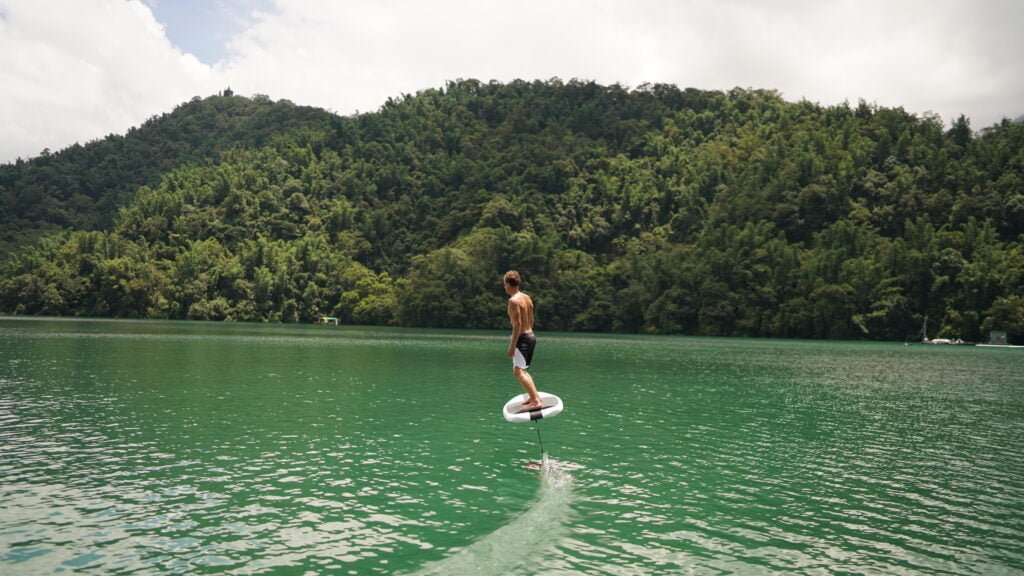 With the E-TAKUMA electric hydrofoil the company Takuma Concept who is known for hydrofoils for Kitesurfing, Windsurfing, Waveboarding, Surfing and SUP is bringing their 3 years experience in foiling to the E-Foil market.

Takuma has offices in France, Japan and New Caledonia and wants to start shipping in April 2019.

Founder Cyril Coste moved a few years ago to New Caledonia to enjoy the perfect conditions for waterspouts. The marketing team is still based in France and the R&D and production is done in Japan.

Cyrils staying most of his time in Japan these days to kick off the production for the E-TAKUMA eFoil.

The E-TAKUMA electric hydrofoil is claiming speeds between 8 km/h and 30 km/h and promises that it is very easy to learn. 30 km/h seems slower than others, but would be fast enough for us.

They mention that they have had test rides with more than 500 people who could fly in an average time of 3 minutes 35 seconds. This would be really fast.

The remote control was co-developped with BB Talkin who are specialised on intercom systems for water sports.

The E-TAKUMA electric hydrofoil remote is of course waterproof, has a safety trigger switch, a turbo boost button and cruise control.

The latter one (cruise control) sounds similar to the “virtual gears” from Fliteboard which has proven to be very effective when you start learning to E-Foil.

The battery pack is supposed to give you between 45 and 75 minutes runtime depending on the conditions and riding style.

The battery is using Samsung Lithium batteries with an output of 48 V and 35 A. Samsung is known for high quality battery cells.

The modular design of the E-TAKUMA electric hydrofoil allows it to use the board not only for electric foiling but also to surf, kite, wake and SUP.

Takuma Concept is achieving this with a modular system which makes it easy to replace the electric mast with a classic mast. The battery can be replaced with an very light PU / PVC block which has exactly the same dimensions like the battery pack.

Takuma has developed a patent pending cooling system together with BB Talkin which can cool down the ESC system both on water and in the air. It is called “WATAIR COOL”.

Last but not least. let’s talk about the price. You would guess that a well known brand in foiling using high quality components like Samsung battery cells would be in the upper range.

Surprisingly the price is listed as 5.990 EUR plus VAT and shipping. That’s almost half of Fliteboard and Lift Foils and includes the charger and bags.

We asked CEO Cyril why they can offer such a low price and he mentioned that they are working on low margins to see this new trend grow. He also feels that they need less power due to unique wings. Less power means less battery cells and this reduces the price.

On top of this they have already established production of hydrofoils which again brings the price down.

We are in touch with the Takuma team to get a board for a full review in the coming months. Stay tuned.