Back to overview
E-Jetski
The world's fastest electric jet ski? 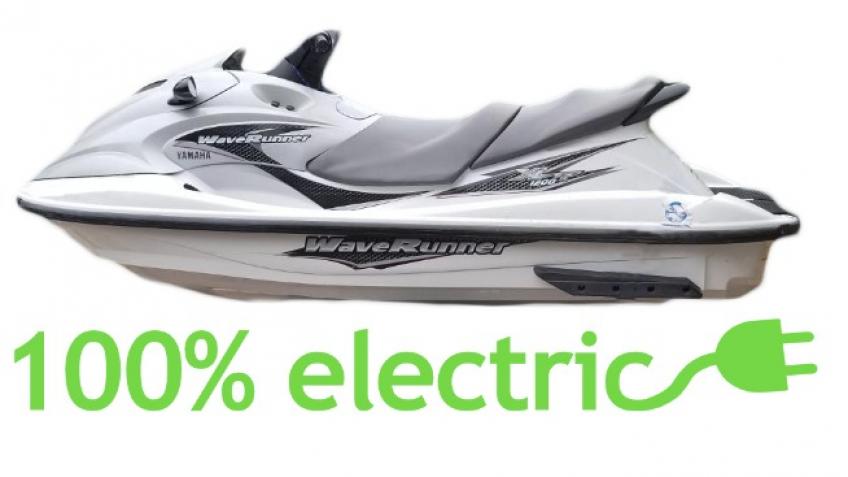 The world's fastest electric jet ski was a crowdfunding project in late 2019 from England. The goal was a world speed record for electric powered jet-skis.

Jamie Marlie from the United Kingdoms of England wanted to fund an electric jet-ski via the crowdfunding platform crowdfunder.co.uk at the end of 2019. It was planned to be the world's fastest electric jet ski. Jamie had never ridden a personal watercraft himself, but had plenty of experience with electric boat propulsions.

In 2018, he had outfitted a six-meter rigid-hull inflatable boat with an electric drive. Now he wanted to get to work on an e-jetski. And not just any electric jet ski, but it was to be the world's fastest electric jet ski. Admittedly, there were hardly any other electric jet skis at that time. And if there were, then only prototypes. Therefore, the whole thing sounded like a slogan to find more bakers for his project.

Jamie's goal was also to eliminate noise and exhaust fumes to make an environmentally friendly jet ski a reality. Just as several others had tried unsuccessfully before. For the prototype, he wanted to use lithium ion batteries, electric motors and chargers from existing hybrid passenger cars. A Yamaha Waverunner XLT 1200 was to serve as the test PWC.

But Jamie wanted more. He wanted it to be 100% environmentally friendly. So he planned to charge the battery with a solar panel on his roof and at the same time use the Jetski battery as energy storage in his house when the E-Jetski was not in use. Actually quite a good idea.

Unfortunately, it all went nowhere. In the end, Jamie couldn't find a single supporter for his project. Although he had offered various bakers incentives ranging from 100 English Pounds for a test ride to 18,000 pounds for the eJetski, no one took him up on it. In the end, the crowdfunding platform said "Unfortunately this project was not successful."

Unfortunately not the first and probably not the last e-Jetski project that did not or will not make it to the market. But hope is the last thing to die 😉.