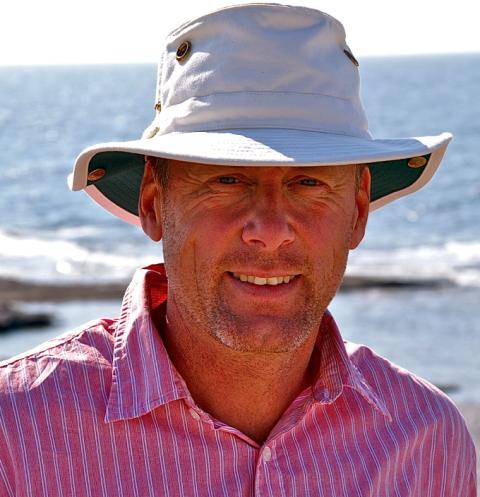 We were reaching out for interviews to Nick Leason, Prof. Jack Langelaan and Prof. Jakob Kuttenkeuler based on our Electric foil patents article "Is a questionable patent slowing down the e-Foil trend?".

Here is what they had to say.

If you haven't done so, please read the article "Is a questionable patent slowing down the e-Foil trend?" first in order to understand the topic.

I dont have many comments on your article mostly because my efforts are completely focused on building a great product and delivering a promise to new customers. I will say this…

1) The works of Lift has been 100% original and we have been paving the way to create this new sporting segment. Its a hard to describe the efforts involved in creating this from nothing, without reference, but I can assure you that it has been a tremendous effort of many years. If you look closely at the root of this new excitement, you will find our efforts at the heart of the subject. It wasn’t a couple of students in an engineering class, nor was it several professors that have never surfed before in their lives. Not to discredit the creativity of young and old minds alike, but its the truth. In the fine words of my favorite professor, Dr. Dre…”We started this gangster shit…” 😉

2) The Lift Foils Team (Langelaan included) are responsible for the creation of our patents and for the many details included in them. We have done so to protect our work and we intend to stand by them. When in comes to the DIY community, you are comparing apples to oranges. Are people really concerned that we are going to attack a bunch of garage projects and ruin people’s fun??? Not my style nor is it a great concern. I think its great that people are doing creative things with their time and having fun. But please be careful, this product can be dangerous if not properly engineered and assembled. To make a commercially viable product is a whole other world and the people that participate in that world are other animals. Mostly carnivores that feed off of other peoples creations. I know my words may sound harsh, but again… Its true!

Unfortunately, in the water sports industry today, there are few companies that actually focus their efforts on new and creative innovation. Why? Because its hard and it cost a lot of money… So why not steal it from the smaller guy and market the hell out of it. That’s the tactic that most of the bigger brands use today. That being said, we have put a lot of effort into our work and we intend to protect it as best as possible. Its not about hindering a new sport, its about fair compensation from the big guys that try to capitalize on our efforts.

3) Price… Development…. Lets see what happens shall we. I guarantee that people will soon understand the true cost of this product and Lift plans to be the team which brings best value to the masses. We don’t intend to be the only players in the game and we look forward to exciting innovations and new ways of happiness.

Nick sent me a copy of his reply. Since he has licensed the patent I will let him take the lead.

I will make one addition:

I had my first e-foil up and flying in the spring and summer of 2014. It was very much a DIY effort: I used a foamy surfboard from CostCo and a lot of parts from HobbyKing (and I burned up three speed controllers and two motors before I got things to work). There is *huge* opportunity for innovation in the hydrofoil world, and I’m looking forward to seeing what happens over the next few years.

We appreciate the feedback from both Nick Leason and Prof. Langelaan.

But unfortunately nobody addressed the concern that it should be not allowed to file Electric Foil patents about an innovation which was already published years before.

Again, we fully agree that patents are important to protect innovators. However it seems questionable that the patents above are valid.

We will investigate further and reach out to the authorities who approved the Electric Foil patents.

Our congratulations to the team of Prof. Jakob Kuttenkeuler who did not only invent this new trend, but they also published their findings without any commercial intention. Similar is true for the efoil.builders community which got inspired by the Evolo project.

We had a chance to interview Jakob.

Jakob, when and how did you come up with idea of an electric hydrofoil?

Every year we run this two-semester course where we face the students with a new challenge. During the summer of 2008, me and Stefan Hallström barainstormed for the project that would start in August.

We started discussing the possibility of posing a challenge that would be both a toy and a post in the environmental debate since people in Sweden at the time were starting to get really irritated with the jet-skies.

Here is a free translation from Swedish of the original challenge we gave the students the first day of the course:

“This year's project idea revolves around the idea of a challenging, climate-smart and considerate water-toy in new packaging. With inspiration from the pictures below, we are looking for a playful vehicle (toy if you want) for one person. The vehicle should be powered by approximately 3 kW motor and transport an adult person on water at about 15 knots. The environmental profile shall be high in terms of emissions, noise and wake. The vehicle, should if possible, have a commercial potential, attract the active practitioner who does not mind getting a little wet.”

What was your motivation for this project?

We are always looking for new, open ended challenges of the “right” complexity level for our master-students in naval architecture. At the time we were not sure if this would work but our gut feeling and some estimates told us ut would work. The project also contained elements of system integration, fluid dynamics, flight mechanics etc as well as having the potential of being buildable and affordable within the academic course.

How do you feel about the patents filled by Prof. Langelaan?

Well, I was not aware of the patents until October 2017. Having just glanced through them I cannot directly see the novelty in the patents compared to what we did in 2008-2009, but I have not gone through the in detail. If, however our findings at KTH should have hindered the patent then I hope this can be corrected so that the community of e-foiling can develop under fair conditions. I am happy to contribute if I can to sort this out in the best way.

What are your plans for the future in terms of electric hydrofoils?

Well, the project ended in 2009 and we did not think there would be any continuation. However, after getting in contact with the e-foiling community we are quite curious on the current state-of-the-art and then… maybe what another year of student engagement in the course could potentially contribute. Me and my colleague are thus very open for suggestions for collaboration on this. That would be awesome!