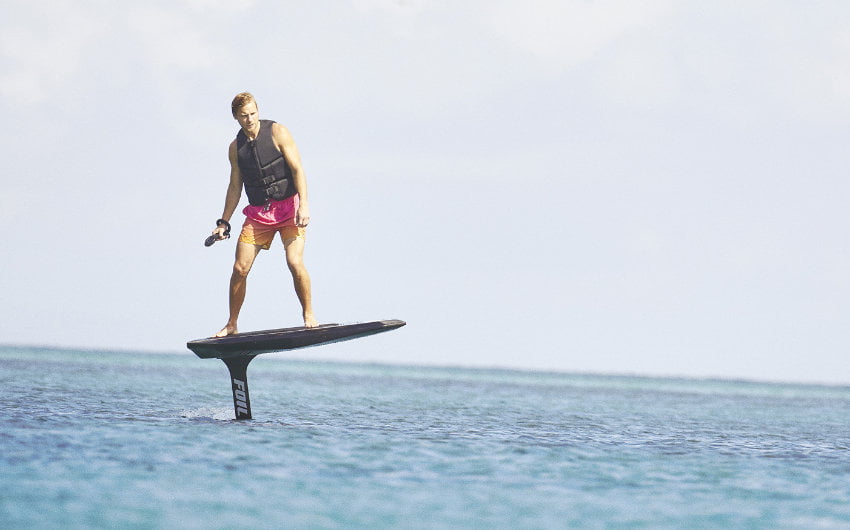 More and more electric foilboard companies are popping up in social media and want to jump on the train of the electric hydrofoil success story. Some (not all) are making big promises and time will tell if these companies will deliver.

This young electric surfboard industry has already seen a lot of delays and failures, but the promises made by some of the new electric hydrofoil start ups are insane. Competition is a great thing - for sure - but let’s hope that at least some of these claims are true.

Foil Inc. from Pensacola in Florida is one of the new players which come with a big claim. Their website says “The Most Advanced eFoil Ever” and the FOIL has a price tag starting at 4,999 USD (6,999 USD for the performance version) which is less than half of what established e-foil manufacturers such as Lift Foils and Fliteboard charge. Another claim is that they will "shake up the world of  aquatic power sports “.

These are strong words from an unknown player, so let’s have a look why they are claiming to be most advanced:

Different colours  are available. Black and white come with no extra charge, but blue orange and green cost another 200 USD on top.

Only 1000 units will be built in 2020 according to the company website. 650 of 1000 reservations remain. A fully refundable deposit of $25 is needed to reserve your Foil. Shortly before your Foil is built, you can choose to pay monthly or with one cash payment. Estimated delivery spring 2020. Source:  getfoil.com
25 USD deposit is not a lot, so that's not a high risk in our mind. We have however seen many estimated delivery dates for various companies which sometimes got delayed for up to 2 years or even never brought to market. Our current opinion about the Foil Inc. e-hydrofoil:

We don't see any reason why this board should be the most advanced foil ever. We hope however that it will become a good affordable electric foil and look forward to test it in spring 2020.

The most aggressive electric foil startup is certainly SUPERNOVA from Paris. They were spamming the Facebook groups with new promises in such an aggressive way that they were banned from different groups. Originally acting under Isabelle Quatre the name was changed Mark Quatre in order to continue the spam. After some push back Mark called the community "stupid people" which is not a very professional attitude.

Some of SUPERNOVA's claims:

These specs are so off from other manufacturers that we just collect them and not quote one by one. They seem unreal  especially for the low price and we will just wait and see what the final product will look like. So far we only saw many 3D renderings, but no real product.

That's said, Supernova brings up some interesting ideas. The modular boards are supposed to be put apart in it components and shall fit in just one case. You can see in the picture above that it has only a plate on tpp of 2 small hulls, so the volume would be extremely low. It has 2 foot straps as it is planned to be an aggressive race board.

Some rendering also show a very unique approach to the front wing as can be seen on the picture above. The wings do also feature an aileron as you know them from the wings of a plane as the S upernova electric hydrofoil is supposed to balance itself as we know it from the Onewheel. This would make foiling potentially much easier for beginners as they would control the height by the remote control. A lot of innovative ideas and a very aggressive price. Let's see if this can become reality.
The website at supernovafoil.fr is not live yet, but MarK Quatre wants to surprise everybody with more details and a website on December 25th. Is he Santa?
Our opinion:

The aggressive Facebook outreach was not the best start, but let's hope that MarK can make some of his promises true and bring some innovation into the electric foilboard market.