Back To Overview
eFoil
Waviator E-Hydrofoil made in Germany 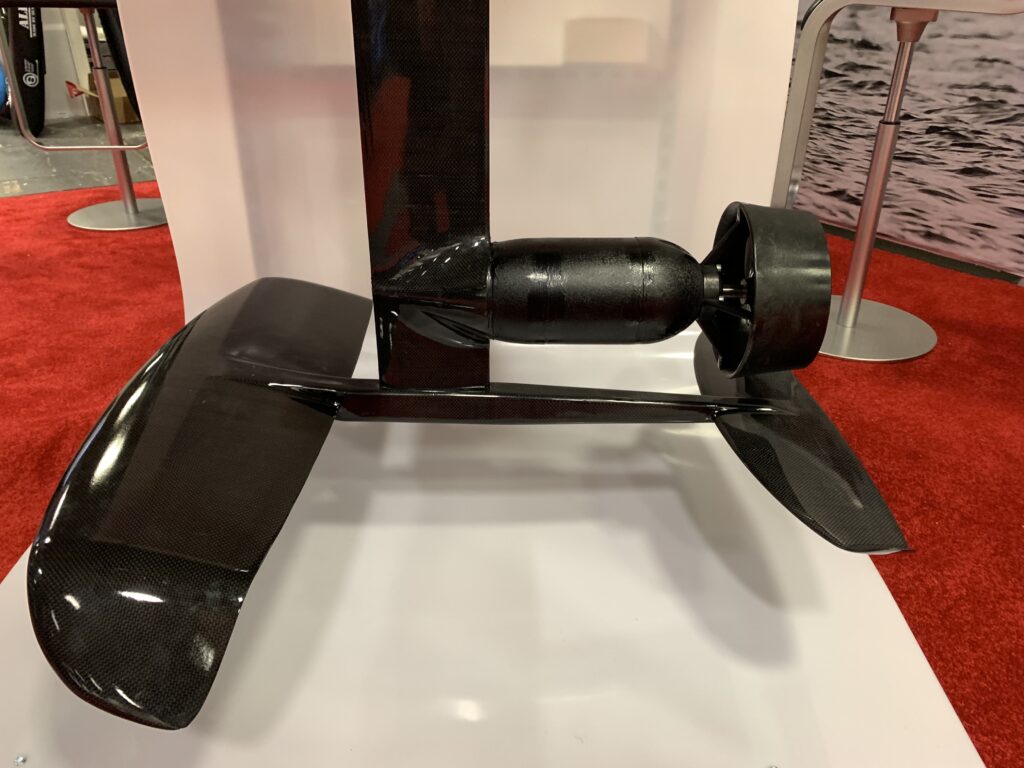 CEO & Founder Bastian Raithel was visiting us with his Waviator e-hydrofoil to compare it with Lift Foils eFoil. It was a rainy day here in Berlin but we brought both e-foils to the lake and compared the boards, wings, remotes and of course how they ride.

Such a big board makes it much easier to learn foiling as you can stand on the board while it is moving at very low speeds. On the other hand the Lift board gives higher speeds and more aggressive turns.https://www.youtube-nocookie.com/embed/E0kE5G1f3qQ?feature=oembed

The Waviator remote control is smaller and does not have a pistol trigger like most of the other electric hydrofoils and electric surfboards have. It is using an UP and a DOWN button to control the speeds. This makes it again easier for beginners as you don’t need to worry about the trigger while standing up. On the other had it gives you less control for more radical manoeuvres or in rougher conditions such like windy days or in the waves. The remote follows the same philosophy like the “virtual gears” from Fliteboard or the “governor mode” from Lift. BTW, our eFoil is already running the efoil 1.5 software update, which has now 4 speed settings.

So which is the better board? Well, that’s not a fair question as these are very different different boards at very different price points. The Waviator is selling for € 6.990 including 19% German VAT ( this is the brand new price – the Waviator website is still referring to € 9.899,) while the Lift Foils eFoil is selling for 12.675 EUR including German VAT. Now depending on where you are you need to consider shipping (which is quite expensive due to the batteries), import taxes and duties which bring the eFoil to about 14,500 EUR in total for a delivery to Germany. So if you are based in Germany the price of the Waviator would be half as Waviator is based in Germany.

The Waviator E-Hydrofoil was shown first time at the Boot & Fun trade show in Berlin on November 29th 2018. We had a chance to interview founder Bastian Raithel about his electric hydrofoil which is supposed to start shipping in spring 2019.

Our first impression was "wow - this is big!" and indeed the board, the mast and the motor are larger than other electric hydrofoils such like Liftfoils eFoil or the Fliteboard.

Bastian explained us why. He is targeting beginners and rentals with his Waviator-E-Hydrofoil.

The large board makes it possible to stand even without speed while the large wings and the big motor lets the electric hydrofoil start flying at just 12 km/h.

The large wing is supposed to make the ride much more stable. Probably less interesting for adrenalin junkies who need an agile fast board like the Flying Rodeo. The maximum speed of the Waviator E-Hydrofoil is 35 km/h and it offers a run-time of about 1 hour.

The battery is swappable, waterproof and we found it pretty light. The prototype was using screws for the battery cover, but the serial product will have quick releases.

The Carbon Fibre surfboard can be customised in design and has options to transform it to a windsurf board with foil. The mast adapter and connections for foot straps for use as a windsurf board is 799 EUR. If you want to windsurf with a foil add another 1,099 EUR for a mast without motor.

A custom design is 1,299 EUR. All prices here are including 19% VAT. Please see the following interview with Bastian where is explaining his board:

The remote control is of course waterproof and does float. It will come with a strap.

The remote does not have a throttle but gears (up and down buttons) where you bring the speed up an down in fixed steps. The fixed gears should make it easier for beginners to start flying.

We like the idea of fixed gears, but suggested to also offer a throttle in future.

The package includes the board, the mast with wing and motor, a security leash, a remote control, one battery pack and 2 bags for board and mast/foil.

The price of the package is 9.899 EUR and you can pre-order since December 1st 2018 at waviator.de for a deposit of 50% which is about 4.949 EUR. (including 19% VAT) You can compare the Waviator E-Hydrofoil with other e-Foils in our electric hydrofoil comparison.

More info in our forum.