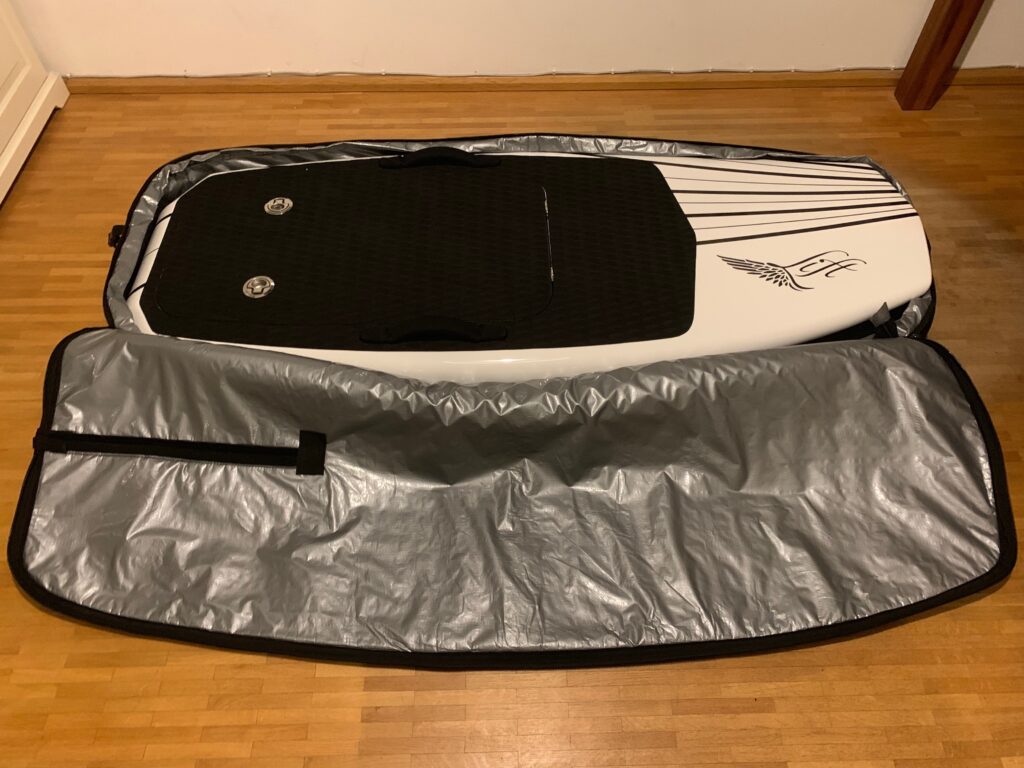 This Lift eFoil review is about our experience when we ordered the Liftfoils electric hydrofoil.

Starting with the order, payment, shipment, importing into the EU and finally unboxing and setup.

We ordered our Lift Foils eFoil at November 20th 2018 and made the payment based on an invoice by email 2 days later.

Liftfoils offered to take care about import tax and duties and we paid this upfront.

We received 2 tracking codes. One with 2 pieces from Puerto Rico which included the Board + Wings and the propulsion, charger and remote control. See picture above. It arrived December 13th 2018 via DHL.

The second tracking code was for a package from Gilroy, California. The Battery is made in Sausalito close to San Francisco by Lithos Energy. See picture below. It arrived December 20th 2018 via Fedex.

As expected both DHL and Fedex contacted us to request further information and to approve clearance at customs. After sending the original invoice and explaining what the package is, the process was very smooth.

A much better experience than we had with our Onewheel import from the US to Europe and a sign that Liftfoils prepared the documentation well. Liftfoils shipped already 500 eFoils in 2018.

4 weeks from order to arrival is impressive. Certainly the fastest electric hydrofoil manufacturer at this time and also faster than most electric surfboard and jetboard manufacturers.

The setup was very easy. The package does not only come with a good manual (in English only), but Liftfoils also offers some great tutorial videos on how to setup your eFoil.

The entire assembly did not take longer than 20 minutes and we did not face any hurdles.

Everything behaved like mentioned in the manual or the tutorial videos. The pairing of the remote control worked the first time and Liftfoils also adds some spare parts in case you lose something.

The battery was charging for 2 hours and we were good to go. Nice job Nick and team.

We hope you enjoyed this Lift eFoil review. We can certainly recommend the eFoil. We had a great experience with the process and are now looking forward to ride the eFoil.